The Rocky Road Still Gets You There 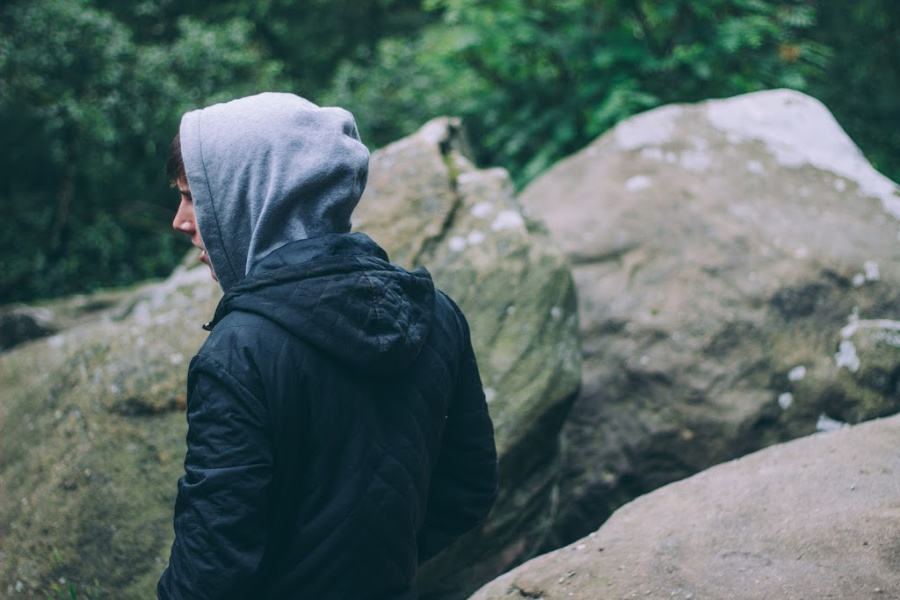 During my son Jack’s junior year of high school, the two of us took a trip to visit colleges. While we were in Boston, we walked the Freedom Trail, which is really great. I highly recommend it. What I don’t recommend is coming to the end of the trail at night, in the dark, miles from your hotel. And then both our phones died. And then it started raining. And then it started pouring. I suggested a cab. Jack insisted we walk, because how far could it be really? We’ll find our way. It must be just around this corner. Nope, we should have turned left back there. Any moment now. Any moment, the rain will ease up. Or something will look familiar. Or we’ll find someone who knows the way. Any moment now.

We were cold. We were drenched. We were hungry. I was crabby. Like red-faced F-bomb crabby. Still, Jack dismissed the idea of taking a cab. (Anyone else have a child who chooses the harder path, always?) We argued. But still we trudged on. What seemed like hours later, things started to look familiar once again, and we eventually arrived safely at our hotel.

Adversity Looks Like Victory, But Only In The Rearview Mirror 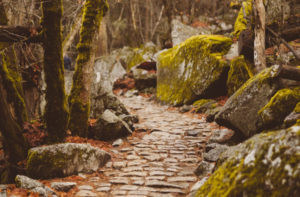 Now, when we look back on this memory, Jack doesn’t seem to remember the cold or the rain or the dark or the hunger or my crabbiness or the swearing. He says, “Remember that time when we were lost in Boston and I got us back to the hotel without a map or a cab?” What felt like adversity, defeat and misery at the time now looks like victory. Hindsight works like that.

But to be able to look back, you have to get through it. And the job of getting through it sucks sometimes. It really sucks.

One of my favorite podcasts is “How I Built This”. I’ve suggested to more than one friend that they tune in and have their rocky road child tune in, too. How I Built This features Guy Raz interviewing entrepreneurs who’ve made it. REALLY made it. Like Bobbi Brown of Bobbi Brown Cosmetics or Bob of Bob’s Red Mill or John Mackey of Whole Foods Market or Jake Carpenter of Burton Snowboards or Shark Tank’s Barbara Corcoran or Chicken Salad Chick’s Stacy Brown. If all you see is their photo in Forbes magazine, you see the easy life. It’s tempting to think they just knew all the right steps to take, or they figured out something I didn’t. Maybe they were smarter, luckier or more privileged. But almost without fail, these folks took a long, winding road. They trudged rocky, painful paths. Dropping out of high school. Dropping out of college. Not going to college in the first place. Being told you’ll never amount to anything. Being told you’re stupid, crazy or complete inept. Being the weird kid. Dealing with dyslexia. Overcoming addiction and depression. Having a marriage or an entire family fall apart. Losing a loved one. Having your factory burn to the ground. Going bankrupt and starting over again. Being asked to leave the company you started.

Real glamourous stuff. But they kept on going. They stuck to their rocky path. They shrugged suggestions that they should choose a more “practical”, “easier” path. They ignored the haters. They tried and failed, tried and failed and tried again.

To Students on a Rocky Road 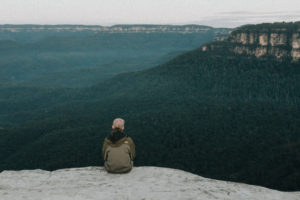 Is your way forward really unclear, painful, bleak or completely hidden from view? Does it feel like everyone else got a how-to manual for life that you didn’t? Does it seem like every turn takes you further and further from what you think you want? Have hope.

When you look around, if all you see are bright, shiny people who seem to have everything figured out, there is one of three things happening: 1) You’re surrounded by the wrong people, 2) You don’t know those people as well as you think, or 3) You’re not seeing things clearly or completely. A fourth problem is perhaps that you’re spending too much time looking around at others, instead of focusing on what’s right for you and figuring out how to pursue it with all that you are.

In his college planning work with students at OnCampus College Planning, Tom has learned something really important. Everyone is going through something. EVERYONE. You may not always see it. And those bright and shiny kids who seem to have the world by the tail, 1500 Instagram followers and a date to the prom? Yup, they’re going through something, too.

Stay focused on your path, however rocky it may be. Keep moving forward, one baby step at a time. Be yourself. Fully yourself. Because that’s who you are wired to be. I love the line, “Be yourself, ‘cuz everyone else is already taken.” 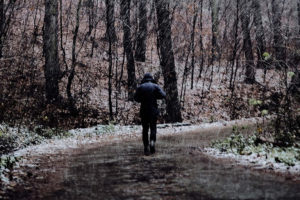 Surround yourself with one or two truly authentic friends to whom you can speak your truth, and then hear and embrace their truth. If authentic friends are in short supply (‘cuz sometimes they are), talk to an adult who’s grown up enough to admit they don’t have it all figured out. Ask a counselor, family friend, Mom, Dad, youth group leader or coach this key question, “Hey, when you were my age, did you ever feel like things were just never, ever gonna work out?” I PROMISE YOU. They’ll be able to tell you a war story that will give you hope, make you laugh, shock you, or at least make you realize that you’re just like everybody else. You’re not alone. You’re just as confused, messed up and broken, AND you’re just as full of potential, beautiful and awesome as the rest of us. We’re all in the soup together.

To Parents On A Rocky Road

Moms and Dads, some of you (statistically speaking, most of you) have kids who are on a rocky road. I feel your pain. I have been there. We want smooth, pain-free journeys for our kids, with certain outcomes and bright futures. Sometimes we even short-circuit critical life lessons for our kids, in an effort to “put them back on the straight and narrow”, to “save them”. Once in a while that works. Usually it doesn’t. I have no quick tips or “3 easy steps” to deal with rocky road kids. There’s way more gray than black and white in that area. 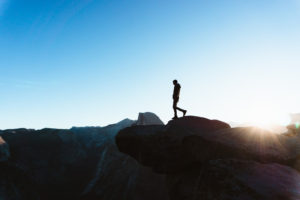 I can only say there is hope. I’ve seen it. Some of my very favorite grown-ups had winding, rocky roads on their way to adulthood. Some of those paths were so rocky, those folks almost didn’t survive. But they did make it. The real gems in my life are the very people who were charred, broken bits of coal at one time who withstood the pressure, let adversity change them and emerged brilliantly from the wreckage. On their own timeline. In their own way. Once the lessons sunk in and their way forward was clear. And there was nothing anybody could have done to rush them along or change their course. They had to navigate the rocky road on their own, because that was the only path that led where they were ultimately supposed to end up.

I have wandered a rocky, meandering, sometimes really painful path. Now, looking back, I can see that I wouldn’t be the person I am today, nor would I have the precious, genuine friendships I have today had my path been all rainbows and kittens. Today, I wouldn’t trade my scars and bruises for anything, because I know they were the price I had to pay for the treasure I have now.

Today, I’m grateful. But at that time, I was miserable. I didn’t think I’d make it. And I would have given anything for smoother, more scenic travels. 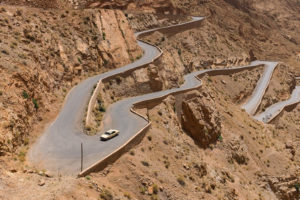 Now when someone I love is on a rocky path that seems to be headed straight for disaster, or when I fall down and bang my head on another rock, I know that this, too, shall pass. It’s not easy. It hurts like hell. But maybe this path is the one they had to take, or I have to take, in order to get where I’m supposed to be. Maybe the smoother path doesn’t actually lead where I’m supposed to go, as alluring as it may be.

In the tough moments, I phone a friend who knows my mess and loves me anyway. I pray. I have a cup of tea, and I go to bed early. I listen to a podcast or read a story about someone who narrowly avoided disaster and lived to tell about it.

And I remember that rocky roads will get you there, too.

Photo Credits: Thank you to these talented photographers for their awesome images.