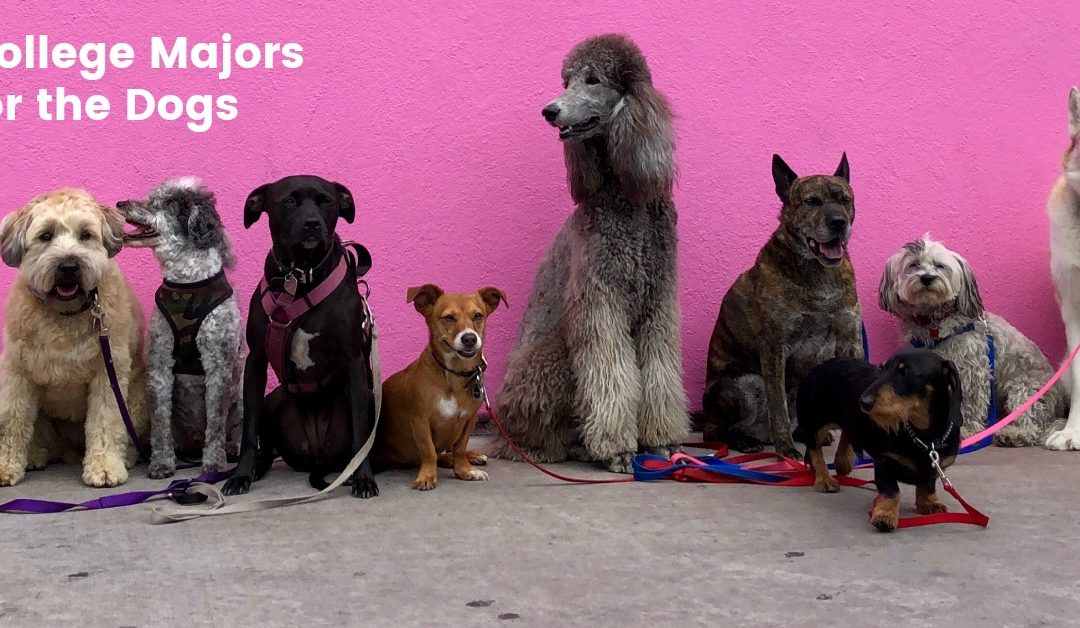 If Dogs Went To College

Ever wonder who you’d meet on campus if dogs went to college? What would their college majors be? Their hobbies? Their quirks? Well, we thought this question deserved an answer. So we looked into it and met some interesting characters.

Usually we write blog posts about meaty topics that are critical to your college planning success. Not today. This one’s just for fun. Another ACT Test cycle is winding down, and we’re feeling a little punchy today. You’re welcome.

Vegan to reduce her carbon footprint. Straws?? She. Can’t. Even. Studying abroad next semester in Denmark where they have a clue.

Plans to get his Masters out East where the real writers live. Writes poetry, ‘cuz girls dig it. Thinks about smoking a pipe.

Only shoots film. Had a Leica, but had to sell it to make rent. Have you seen his new website? Gave up the school newspaper gig. No true artistry to it.

Considered FIT and Pratt, but Drexel’s closer to home. Sews her own clothes. Thinking of legally changing her name to Z, ‘cuz she insists you call her that anyway.

Despises the food here. Requested a single dorm room, because he’s NOT a morning person. Wanted an internship in Israel, but Mom and Dad made him choose Arizona instead. Still bitter.

Doesn’t really need those glasses. Is fond of playing Devil’s Advocate in Media Theory class. Has 2500+ Twitter followers, but insists on reading the New York Times in print, as God intended it.

40-something trapped in a 20-year-old body. Pet peeve is people who talk at Starbucks. Senior thesis is on Netflix and the decline of the young mind.

What’s with all these Gen Eds? Just wants to make beats. Starting to wonder if he could have just learned it all on YouTube. Kanye and Jay-Z did alright.

Don’t even get her started on the new Star Wars. No longer in the Honors Program, because her Work comes first. Twitter @FilmNotFluff.

Has a French accent, but he’s from Kansas. Lives in the International Student dorm again this year. Drinks espresso, never coffee. (His real name’s Dan.)

Mari. With an I, thank you. Social Chair for her sorority. Knows everybody. Everybody. Doesn’t love college football, but never misses a tailgate.

Plays Ultimate like a boss. Eats mostly Pancheros. Him and Justin are totally movin’ to DC after graduation. His uncle is like in charge there and will totally set him up.

Wishes people “got her”. Studying in Italy next semester. Sooo tired of you asking what she’s going to do with that major.

If you actually have serious questions about your next step in your college planning journey, schedule your free consult today, and get those questions answered. We’re always happy to talk college.